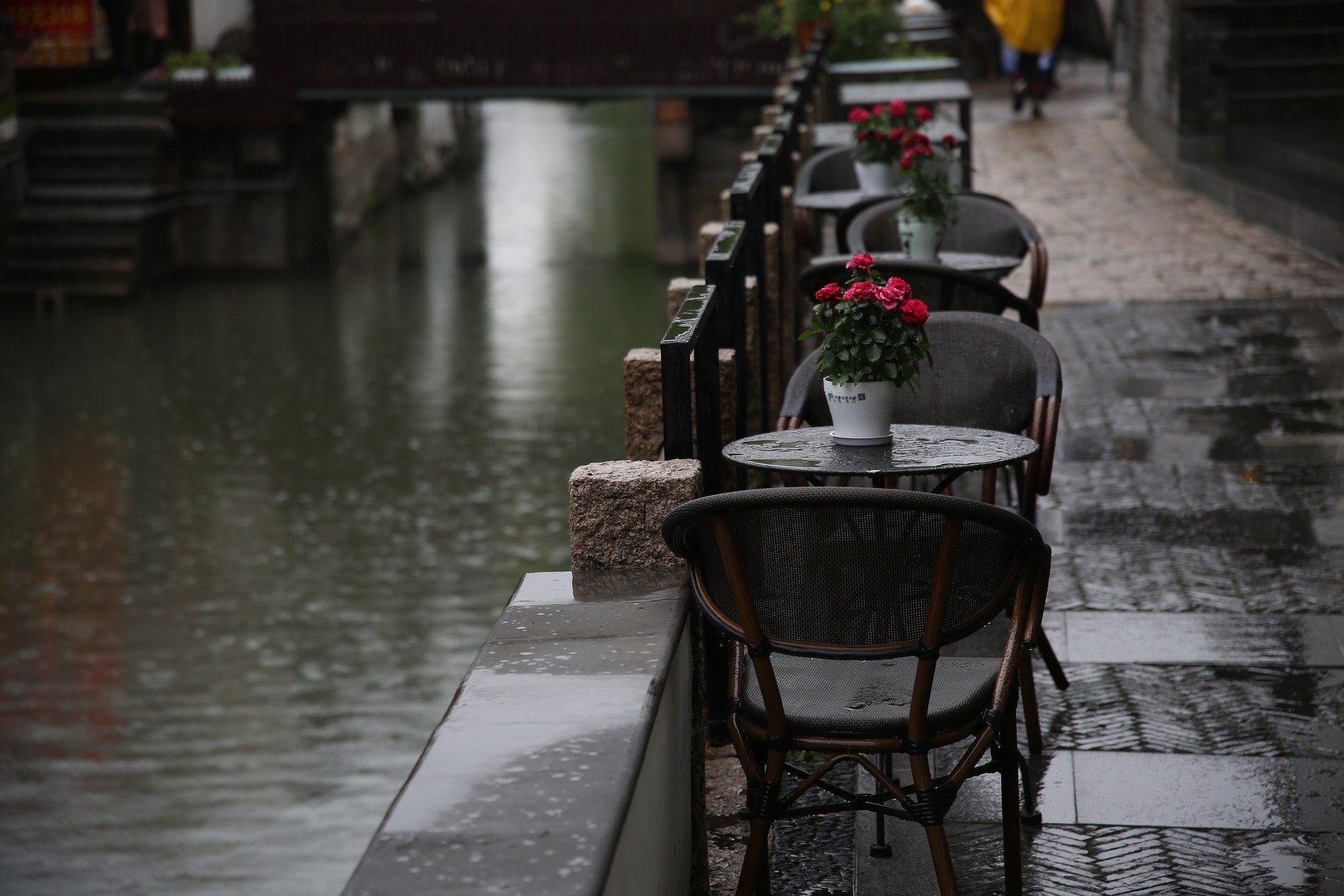 It is usually said that climate is the X factor of business because its impact varies greatly depending on the type of climactic contingencies (heat, heavy rains or lack of sunlight) but also on the field of activity.

In terms of climate variation, the period of July/August 2021 in France is the best example of an atypical period.

The graphs below compare the period of July/August over the year 2021 and 2020.

In July/August 2021, temperatures and sunlight dropped compared to the same period in 2020, with almost twice as much rain. In short, the two summer months of 2021 were gloomy.

Such a climactic variation will obviously generate a business impact, so it is only but natural to question such effects through the two following questions:

As a specialist in « Marketing Mix Modeling », Metrics 720 have been able to measure the impact of climactic effects on many business sectors.

As a matter of fact, one of the strengths of « MMM » models lies in their faculty to integrate all types of data that do not bear the same « unit »:

Consequently, we were able to highlight the fact that three sectors were particularly weather-sensitive, as shown in the graph below:

In order to maintain uniformity in our results, we have excluded from the analysis highly weather-sensitive products (drinks, ice cream, salads, etc.) for which we can record strong weather effects that could exceed an impact on sales of more than 15%.

Bearing this point in mind, the essential consumer products sector remains the one that benefits the most from a favorable climate (I.e. high temperature and sunlight) with a gain of more than +5% on sales. We then observe that the E-commerce sector also benefits from this type of climate with an average impact of +2.6%. However, the specialized big box stores retail sector was negatively impacted by favorable weather conditions, with sales falling close to -4% on average.

Beyond direct effects on business, climate can also have an indirect impact by increasing the performance of some specific media. Concerning this point, two media are particularly weather-sensitive: display media and digital media. Indeed, it turns out that favorable weather improves the performance of both aforementioned media by +8.6% and +5.4% respectively. 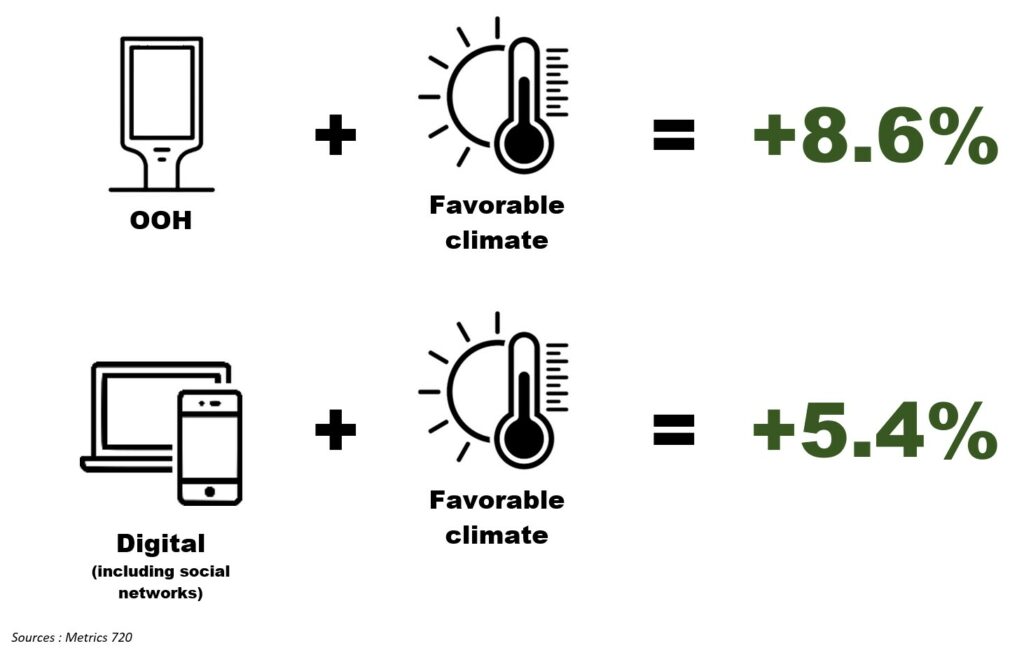 Climatic effects show an impact on a number of businesses, even if the ripple effect on sales remains marginal by and large (less than +/- 6% on average, weather-sensitive products excluded).

Nevertheless, it is necessary that one takes into consideration certain anomalous climactic episodes to reach a robust measurement of marketing performance. We can quote in particular the snowfall of February 2018 which produced a strong negative impact on many business sectors (-12% to -19% impact on sales depending on the business sectors).

Finally, we have observed that the performance of some media improves under certain weather conditions. It then becomes interesting to take these effects into account when implementing specific communication plans.

Photo credit : free for commercial use

We use cookies on our website to give you the most relevant experience by remembering your preferences and repeat visits. By clicking “Accept”, you consent to the use of ALL the cookies.
Cookie settingsACCEPTREJECT
Manage consent

This website uses cookies to improve your experience while you navigate through the website. Out of these, the cookies that are categorized as necessary are stored on your browser as they are essential for the working of basic functionalities of the website. We also use third-party cookies that help us analyze and understand how you use this website. These cookies will be stored in your browser only with your consent. You also have the option to opt-out of these cookies. But opting out of some of these cookies may affect your browsing experience.
Performance
Performance cookies are used to understand and analyze the key performance indexes of the website which helps in delivering a better user experience for the visitors.
Advertisement
Advertisement cookies are used to provide visitors with relevant ads and marketing campaigns. These cookies track visitors across websites and collect information to provide customized ads.
Analytics
Analytical cookies are used to understand how visitors interact with the website. These cookies help provide information on metrics the number of visitors, bounce rate, traffic source, etc.
Functional
Functional cookies help to perform certain functionalities like sharing the content of the website on social media platforms, collect feedbacks, and other third-party features.
Necessary
Necessary cookies are absolutely essential for the website to function properly. These cookies ensure basic functionalities and security features of the website, anonymously.
Others
Other uncategorized cookies are those that are being analyzed and have not been classified into a category as yet.
SAVE & ACCEPT
Powered by